Kazakhstan has pledged to become climate neutral by 2060. What did Armenia and Ukraine promise at the Climate Ambition Summit? 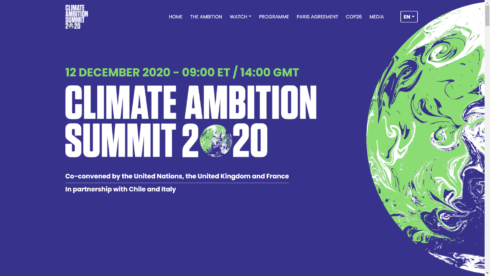 On December 12, the Paris Agreement signing anniversary, Kassym-Zhomart Tokayev, the President of Kazakhstan, announced that Kazakhstan would become climate neutral by 2060. The announcement was made at the virtual Climate Ambition Summit organized by the UN Secretary General. At the summit, statements were made by the heads of more than 70 countries, including Armenian President Armen Sarkissian and Ukrainian President Volodymyr Zelensky. CAN EECCA members are commenting on their statements.

The President of Kazakhstan said: “Over the past 30 years, we have made great strides in terms of development. However, our economy relies on fossil fuels. Therefore, Kazakhstan has no other choice but to simultaneously solve two problems: move the economy away from fossil fuels and at the same time fight against climate change.” Following these words, the President announced that Kazakhstan will achieve carbon neutrality by 2060. 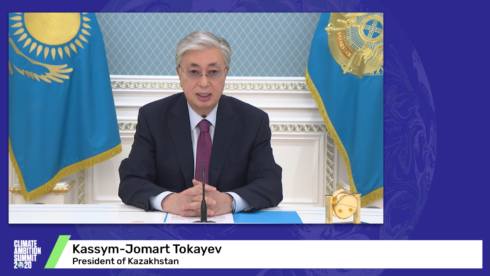 Vadim Ni, Kazakhstan Socio-Environmental Fund expert and member of the CAN EECCA network, commented on the statement: “Kazakhstan’s greenhouse gas emissions continue to grow and in 2018 reached 1990 levels. In this regard, country’s NDC under the Paris Agreement (reducing the level of greenhouse gas emissions by 15% by 2030 compared to 1990) seems to be quite ambitious. The goal stated by President Tokayev at the Summit to become climate neutral is also quite ambitious. Obviously, its implementation requires a revision of the previously approved targets for 10% RES by 2030 and 50% by 2050 and a significant acceleration of the transition to renewable energy. The President’s statement indicated that this would require the adoption of a long-term strategy to reduce emissions and decarbonize our economy. Hopefully, it will become such a driver towards the country’s carbon neutrality.”

Kazakhstan is the only country in the EECCA region where an emissions trading system has been launched. The next step should be the adoption of a system for monitoring, reporting and verification of emissions and emissions tax, which, so far, Ukraine has.

In his video message, Volodymyr Zelenskyy said that this year Ukraine has especially acutely felt the negative impact of climate change: in a number of regions, a prolonged drought destroyed crops, in the East of the country there were large-scale forest fires, and in the West — devastating floods. “In preparation for the Glasgow Conference, we are working on a second Nationally Determined Contribution. On this basis, we consider the target for greenhouse gas emissions in 2030 in all sectors of the Ukrainian economy to be in the range from 36% to 42% compared to 1990, that is a reduction of 58-64%,” Volodymyr Zelenskyy said.

The statement is commented by the CAN EECCA network coordinator and expert of the Ukrainian NGO “Ekodia”, Olga Boyko: “The first Ukrainian contribution to the Paris Agreement was formulated in such a way that it allowed for an increase in emissions. In 2018, Ukraine’s emissions were 39% of 1990 levels, so even with the most ambitious new target of 36%, which the president said, emissions will be reduced by only 3%. Ukraine is obliged to make bolder commitments to reduce emissions and become carbon neutral by 2050. ” 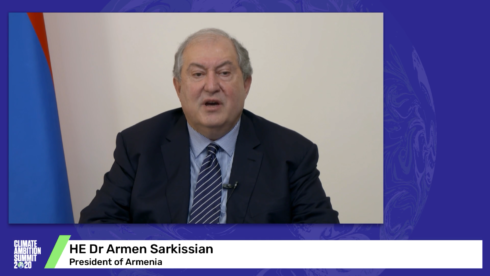 According to the new CAN EECCA report “Climate Policy Analysis of Eastern Europe, Caucasus and Central Asia,” Armenia plans to increase emissions and its climate targets are not very ambitious. According to the forecast in the third national communication on climate change, in the scenario with measures aimed at reducing emissions, their level will increase from 11 million tons in 2020 to 15.5 million tons of CO2 equivalent in 2030.

Amalia Hambardzumyan, CAN EECCA Council member and the Khazer NGO chairwoman, comments: “During COP21, Armenia announced its clear commitments to limit greenhouse gas emissions for the entire period from 2015 to 2050 and achieve neutrality in 2050. However, there are no signs of achieving these goals during the implementation phase. It was also not possible to create an internal financial mechanism for the implementation of measures to adapt to climate change and mitigate its consequences. Afforestation plans to increase the forest area from 11% to 20.1% are not being implemented. The development of the new NDC is nearing completion, however, unlike the INDC adopted in 2015, civil society organizations did not participate in the development of the new NDC.”

In order for the statements of the country leaders to turn into real actions, cooperation and high-quality work at the national level is necessary, which will show a real reduction in greenhouse gases. This cannot happen without the public involvement in decision-making, because it is they who face the climate crisis face to face on the ground.