Analysis of Climate Policies of the Countries of Eastern Europe, Caucasus and Central Asia 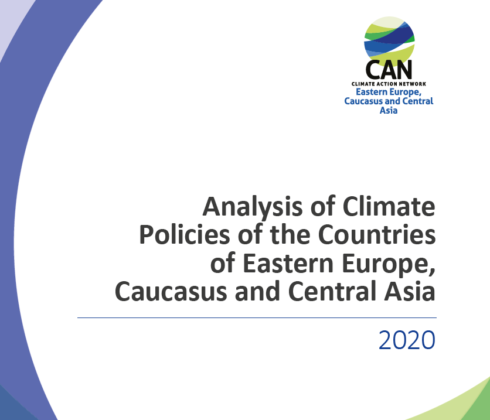 In the 21st century, addressing the issue of climate change has become one of the key challenges for politicians around the world. In recent decades, global climate change and its regional impacts continue to negatively affect countries’ stable economic development. For example, abnormal hydrometeorological processes contribute to an increase in the number of natural disasters, mudflows, floods, squalls, droughts, strong winds, intense rains, forest fires, fluctuations in the levels of water bodies, and other phenomena. Currently, national economies as well as the whole world faces significant damages due to the climate change. A real danger to humanity arises, which requires active decision-making and actions from the global community, scientists, and politicians.
A report from the Intergovernmental Panel on Climate Change on the consequences of a 1.5°C rise in global temperatures published in 2018 indicated that an increase of even 1.5°C would lead to irreversible environmental changes. In order to limit global warming, human-induced carbon dioxide (CO2) emissions need to be reduced by 45-60% by 2030 compared to 2010 levels, scientists say. By 2050, a zero balance should be reached, when all anthropogenic CO2 emissions will be absorbed by ecosystems.

In the Eastern Europe, Caucasus and Central Asia (EECCA) region, countries are already feeling the negative effects of climate change. All EECCA states have recorded an increase in the average annual temperature. Central Asia is considered one of the most vulnerable regions in the world. In addition, EECCA states have already faced changes in seasons’ duration, amount and distribution of precipitation, droughts, and floods, and a decrease in water supplies. As global temperature rises, negative impacts will only be exacerbated.

We hope this report will serve as a basis for revising the countries’ long-term climate targets, including Nationally Determined Contributions (NDCs) and sectoral strategies that have a direct impact on the achievement of the 1.5-2.0°C target by the end of the century.

Read the Overview of climate policies in EECCA region