Residents of Kuzbass blocked the way for construction equipment to the construction site of a coal loading station near the village of Cheremsa, Russia

Residents of Cheremza and the nearby  town of Myski have now stopped the illegal movement of heavy construction equipment under railway bridges right along the Kalandas riverbed. The machinery was moving towards the construction of a road to the future coal loading station of the Kuznetskiy Yuzhny open pit. About 20 people stay in place overnight, lighted bonfires and continue the duty that began during the day. A group of activists from Apanas village of Novokuznetsk district and Novokuznetsk came to their aid.

Together with the residents on duty is an employee of the private security of railway transport Aleksey Chispiyakov, who is protecting 4 railway bridges that may be damaged by construction equipment. The passage of such machinery is strictly prohibited under their low spans. In addition, due to changes in the current of the Kalandas river in this place, from June 9, produced by the above mentioned construction equipment of the SibGeoProject SGP, there may be a loss of stability of the bridge supports and collapse. SGP SibGeoProekt is a contractor for the “Kuznetskiy Yuzhny” open-pit mine for the construction of a coal loading station. Representatives of the company refuse to communicate with residents and provide permits for the use of the river as a road, for changing the river channel and pouring metallurgical slag into the channel, and for passing heavy construction equipment under bridge spans. 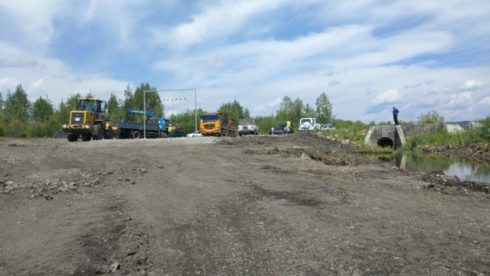 A day earlier, Aleksey Chispiyakov, while patrolling, tried to prevent the builders from taking dangerous actions, however, the police that was called, didn’t stop the violation and the threat of bridges collapsing, moreover, the driver of one piece of equipment tried to hit a person who recorded the violation during Chispiyakov’s official duties.

Earlier, the governor of Kuzbass Sergey Tsivilev said that in case of disagreement of residents, a coal loading station of the mine would not be built. Residents of the village of Cheremza and the town of Myski are categorically against this object, since a similar one belonging to the “Kiyzassky” mine (“Sibanthracit” group of companies) already exists near the village of Borodino in the Myskovsky city district. This station operated completely illegally, handling about 10 million tons of coal per year instead of the projected half a million tons, and for many years it was a source of severe pollution for many kilometers around coal dust, having a negative impact on the health of residents and turning snow black. 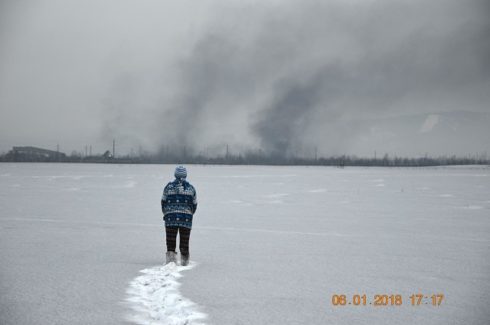