Press release: In response to rising energy insecurity, CAN and REN21 call on governments to set measurable and legally binding renewable energy targets in line with science. 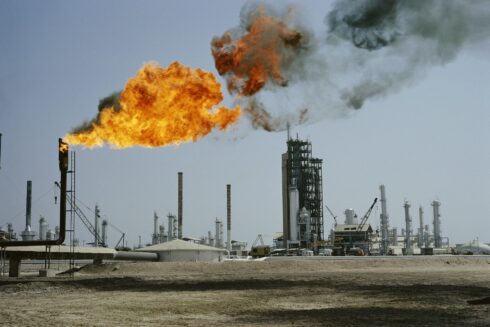 Climate Action Network (CAN) and REN21 call on all governments to urgently set national targets on renewable energy that are legally binding and monitored by domestic and  international mechanisms to verify progress and effectively protect people and ecosystems from disastrous climate change and other crises. This call to action follows the release of the groundbreaking report of the Sixth Assessment Intergovernmental Panel on Climate Change (IPCC) on Mitigation, the contribution of Working Group III.  It also comes in the context of the current war in Ukraine and the resulting energy and food crisis.

“Country pledges have become empty promises leading to a cascade of disasters. Voluntary contributions have failed to protect people and the planet. We urgently need ambitious and  legally binding national targets for renewables based on equity and fair shares and on the most recent science and findings of organizations like REN21 and the International Energy Agency (IEA). We also need finance and investments to match the scale required for this ambitious and urgent energy transformation. Fossil fuels are at the root of most disasters and conflicts across the world. Continuing to finance fossil fuels makes no moral or ethical sense and neither does it make economic sense. robust and transparent monitoring mechanisms should also be put in place to hold countries accountable,” said CAN´s Executive Director Tasneem Essop.

“It’s very alarming to see the share of fossil fuels in the final energy demand barely changing in the last decade, going from 80.3% in 2009 to 80.2% in 2019 and even more alarming that, in the context of rising fossil fuel prices and growing energy insecurity, the vast majority of countries have not met their renewable energy targets for 2020 nor established new targets beyond this date”, underlined Rana Adib, Executive Director of REN21.

Fossil fuels widen inequalities and lay bare the defects of the current centralized global economic and energy system. The Russian war in Ukraine and subsequent rise in energy and food prices and insecurity, has triggered a race for alternative supplies of coal, oil and gas and prompted some to consider nuclear or delay the phasing out of harmful coal supplies. The fossil fuel industry is emerging as the prime beneficiary of the war, reaping profits at the expense of human loss.

“We call for legally binding renewable energy targets creating accountability across all sectors of decision making. Renewables should become a global Key Performance Indicator that sanctions consumptive spendings in fossil fuels and encourages investments in renewable energy”,  Adib added, referring to the recently observed trend in subsidizing the price of oil at the gas station as a measure to protect the citizen’s purchasing power.

New fossil fuel investments are set to lock in more dangerous emissions and undermine the capacity of  developing countries in critical  need of energy access to  deploy renewable energy and energy efficiency. A just transition requires greater support to  poorer countries in their efforts towards stablishing renewable energy and energy efficiency infrastructure.

“Quitting Russian coal, oil and gas which fuel the war on Ukraine should only be the first step for the world. Countries must break free from their fossil fuel addiction and stop jumping from one supplier to another. Instead of resorting to alternative coal, oil and gas export routes, countries must immediately embark on a complete, fair and equitable shift to renewable energy and energy efficiency. This transition needs clear laws and policies based on inclusive participatory approaches. In addition, the decentralized nature of renewables allows for a greater diversification of geo-political players and better governance,” said Olha Boiko, CAN Eastern Europe, Caucasus and Central Asia Regional Coordinator.

As outlined by the IPCC, the energy transition is happening but it must be accelerated with greater investments in renewable infrastructure worldwide to ensure sovereign, climate friendly and cheaper energy supply. Financial systems, industrial investments and budget allocations must urgently integrate this necessary shift in priorities. . Without such immediate shifts, we will  miss the 2030 milestone and  the 1.5°C global temperature goal and further expose the world to  climate chaos.

In all the scenarios put forward by the IPCC for 2050, a significantly greater uptake of renewable  energy coupled with greater energy efficiency plays a vital role in the decarbonization of the economy and in achieving sustainable development, reducing costs for governments and individuals and building a more peaceful, fairer and healthier  future for all,” said Rana Adib, REN21 Executive Director.

CAN and REN21 call on  governments, businesses and finance sectors to accelerate  investments and incentivize public and private spendings in renewable energy to carve the way for a just and green recovery from the COVID-19 pandemic, wars and climate change. A decentralized, affordable and reliable global energy system based on renewables is the only path towards resilient, stable and sustainable development.

Video recording of the press briefing