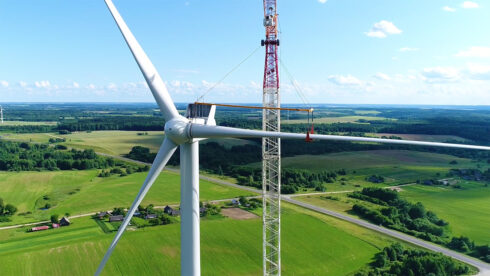 Renewables and energy efficiency offer an opportunity for a secure and sovereign energy supply in the region, find REN21 and the United Nations Economic Commission for Europe (UNECE) in their latest regional status report.  The region has seen an unprecedented growth in renewable electricity since 2018. The transport and heating and cooling sectors have not seen such increases.  Public and private investment in renewables across the focus countries remains modest compared to global growth trends. Countries of the region need significant investment in renewables.

The document contains the most up-to-date information on the state of renewable energy and energy efficiency in 17 UNECE member countries of the region — Albania, Armenia, Azerbaijan, Belarus, Bosnia and Herzegovina, Georgia, Kazakhstan, Kyrgyzstan, Moldova, Montenegro, North Macedonia, Russia, Serbia, Tajikistan , Turkmenistan, Ukraine and Uzbekistan, as well as Kosovo, which is not a UNECE member but is also in the region.

Ukraine installed the most solar PV and wind power capacity during this period (8.3 GW), followed by Kazakhstan (3.7 GW) and the Russian Federation (3.5 GW). These three countries all ranked among the world’s top 30 countries for renewable energy investment in 2019, with Ukraine ranking 17th (USD 3.4 billion), the Russian Federation 20th (USD 2.3 billion) and Kazakhstan 28th (USD 0.8 billion).

The Russian invasion of Ukraine undermines progress in renewables in the region. As a consequence of the Russian Federation’s invasion, around 90% of the installed wind power capacity and around 30% of the installed solar power capacity in Ukraine was out of operation as of June 2022. This affected nearly a quarter of the region’s total wind capacity and a fifth of its solar capacity since Ukraine has been a leader in renewable installations and investment in recent years.

“Renewable energy growth in the region through 2021 was driven mainly by favorable policies and by the falling costs of renewable energy technologies – but now, energy security is absolutely at the forefront. Moving away from fossil fuel has never been as vital for the region,” said Rana Adib, REN21 Executive Director.

“With the UN climate talks (COP27) only a few months away, countries and investors in the UNECE region must urgently redouble their commitments to renewables deployment to achieve global net zero targets and end fossil fuel dependency,” said UNECE Executive Secretary Olga Algayerova. “This action is also vital to help countries get on track to meet the UN Sustainable Development Goals and to speed the transition to resilient energy systems. Scaling up renewables investment is crucial to strengthen energy security and affordability in light of the energy and financial shocks related to the conflict in Ukraine.»