Press release. Loss and damage in the EECCA countries are increasing due to military operations in the region 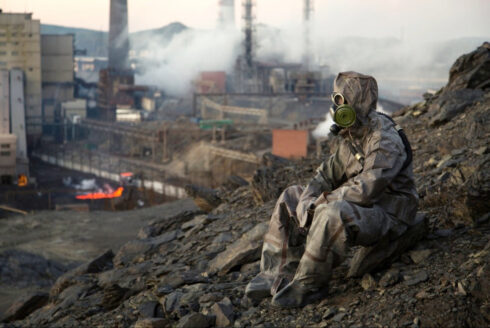 On September 22, at the UN General Assembly session, a meeting of heads of state and government was held to discuss the problems of climate change issues. UN chief António Guterres spoke to world leaders about the climate emergency, particularly flooding in Pakistan, mitigation of emissions, climate finance, adaptation to new realities, and compensation for loss and damage.

«Loss and damage» is a generic term used in UN climate negotiations to refer to the effects of climate change when neither mitigation (reduction of emissions) nor adaptation measures can no longer prevent the loss and damage from climate change. They can be both from extreme events (mudflows, droughts, heat waves, etc.), and slowly developing phenomena, for example, the rise in the level of the World Ocean caused by anthropogenic actions. In many cases, it is already too late to do anything, losses and damages cannot be avoided, and there are limits to adaptation.

The Eastern Europe, Caucasus, and Central Asia region is vulnerable to various hazards, including floods, earthquakes, droughts, landslides and forest fires. Over the past 30 years, 500 significant floods and earthquakes have resulted in approximately 50,000 deaths and more than $80 billion in damages.

The amount of loss and damage from drought, melting glaciers and forest fires in the EECCA countries in recent years has not been studied, and no statistical analysis has been compiled.

Since February 2022, the EECCA region has faced a new challenge — the war started by Russia in Ukraine. Currently, several armed conflicts are taking place in the EECCA countries, apart from the war in Ukraine, armed conflict on the Kyrgyz-Tajik border, and the armed clash between Armenia and Azerbaijan. All military conflict entails environmental threats to the population.

CAN EECCA network coordinator Olha Boiko believes that armed conflicts further exacerbate the environmental and climate situation in the region.

«This year, during COP 27, the issue of loss and damage will take on new meaning for the EECCA region, as the region is now suffering from multiple military conflicts. Because of the war, the ecosystem is destroyed, and the soil and water are polluted. All the work on renewable energy and climate change adaptation that has been done in war zone regions is at risk. On top of that, the military action results in huge amounts of greenhouse gas emissions, and all the work that has been done to reduce greenhouse gas emissions is also at risk. In this regard, in the EECCA region, the topic of loss and damage has acquired a new meaning in the context of loss and damage from military conflicts. We have to decide the issue of responsibility for emissions related to the war, which country they will be assigned to. In addition, one must understand that huge resources will be required for the restoration of ecosystems, in particular, the demining of vast areas in Ukraine. We need to end military conflicts as soon as possible if we are to embark on a green energy transition and still save our planet.»

Under the 2015 Paris Climate Agreement, developing countries were promised $100 billion a year to fund initiatives to help them cope with the effects of global warming. So far, this goal has not been reached.

Nugzar Kokhreidze, co-founder and chairman of the Research-Intellectual Club «Dialogue of Generations», outlined the main points of loss and damage in Georgia.

«Only in this year in Georgia, losses and damages due to climate change are significant. More than 50 settlements and villages of the country have problems with a drinking water supply and significant irrigation challenges. Especially, dry and hot weather affected agriculture in Western Georgia, where the corn crop is meager. The number of forest fires has increased, and by the current moment, about 200 hectares of forest have been burned. Also, landslides and mudflows in the mountainous regions of Georgia: Kazbegi, Dusheti, Mtskheta, and others, cause huge problems. The damages are still being calculated, but it is already clear that they are significant and urgent measures are needed to prevent them.»

Vladimir Grebnev, an expert from Kyrgyzstan in the field of environmental protection and climate change, believes that the countries of Central Asia should act unitedly on issues of loss and damage.