Positions of civil society in EECCA countries at COP27 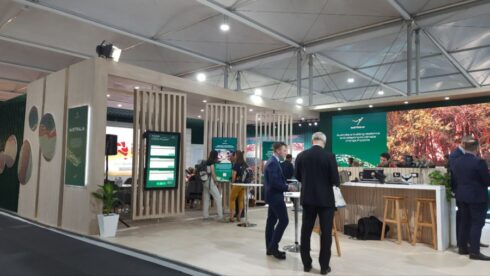 In the Egyptian city of Sharmel-Sheikh, the COP27 climate conference started, which was attended by dozens of leaders of world powers, hundreds of representatives of NGOs, and experts from all over the world. Before the start of the conference, the CAN EECCA, which includes 58 environmental organizations, prepared a commonly agreed position addressed to the authorities of the region’s countries and the international community.

From the 11 countries in which CAN EECCA organizations operate, members of NGOs from Ukraine, Georgia, Tajikistan, Russia, Armenia, Kazakhstan and Kyrgyzstan participate in the COP27 Leadership Summit.

In addition, members of youth movements from some Central Asian countries that are not included in CAN EECCA, particularly from Kyrgyzstan “Jashyl ​​Muun”, participated in the youth climate conference before the start of COP27. World leaders are expected to speak. We present to you the positions of NGOs from the EECCA countries.

Position of NGOs and youth of Central Asian countries

Central Asian NGOs are urging the governments of Kazakhstan, Kyrgyzstan, Tajikistan, Turkmenistan, and Uzbekistan, the UN, the EU, and the international and business communities to review and significantly strengthen national and regional climate commitments.

“To prevent the climate crisis and negative consequences in Central Asia, emissions must be reduced by at least 30% by 2030 and reach zero balance by 2050. However, the commitments proposed by the CA countries are not sufficient. Arguments about the difficulties of achieving carbon neutrality, when examined in detail, turn out to be not so significant, but at the same time, the social and economic benefits of reducing emissions and adaptation for human health, employment and national economies are obvious!”

Representatives of youth networks in Central Asia – young climate and water experts, CALP graduates and members of the Working Group of the First in Central Asia RCOY CA made a separate statement.

“We appeal to decision-makers in Central Asia and around the world to ensure that the voices of young climate and water experts are heard and to support their interests through their meaningful participation in national, regional and international agenda-setting processes climate and water commitments and their implementation. Please ensure that youth and women living in rural areas vulnerable to climate change have adequate access to environmental education and awareness-raising activities to prepare them for local action aimed at better adaptation and mitigation of climate change. ”

Position of the Ukrainian Climate Network regarding the priorities of climate policy in Ukraine and the world on the occasion of the СОР27.

“Russia’s attack on Ukraine has put the world in front of serious threats on a global scale, related to the possibility of a world war, the onset of a nuclear disaster, and the growing negative consequences of global climate change. The energy crisis in the world affects the international climate negotiations, and it is already clear today that without ending the war, it is impossible to effectively implement the policy of prevention and adaptation to climate change. The war started by Russia affected other regions of the world: Africa, South America, Asia. In order to replace Russian fossil fuels, gas and coal mining has begun in other parts of the world. States are reopening coal-fired power plants and mines to replace Russian gas. The actions of the aggressor directly affected the food supply of the countries of the world.

This war is financed by fossil fuels. 60% of Russia’s state budget comes from selling oil and gas. Along with the war, the consequences of climate change in the form of various cataclysms are growing. The ongoing negative economic effects of Covid-19 have created huge obstacles to decarbonisation and international climate cooperation.”

In anticipation of COP-27, the civil sector developed a position paper on climate change issues and the possible contribution of civil society to climate change mitigation and adaptation and the so-called Nationally Determined Contributions to the Paris Agreement (NDC). “We welcome the Kyrgyz Republic to join the Vulnerable Countries Forum in 2022 and call for active support of the Payment Overdue campaign to compensate for loss and damage, which the Coalition of Vulnerable Countries established as part of COP27. We expect that the Cabinet of Ministers of the Kyrgyz Republic, in its speeches within the framework of COP 27, will emphasize the importance of providing international assistance to the country in matters of adaptation to climate change, financing recovery from losses and damages – the harm caused by climate change, which is irreversible or to which it is impossible to adapt.”

On April 22, 2021, the Government of Armenia approved the updated NDCs for a ten-year implementation period (2021-2030), setting a mitigation goal of reducing economy-wide greenhouse gas emissions by 40% from 1990 levels to be achieved in 2030. Armenia’s Long-term Low Emissions Development Strategy (LEDS) is in the process of consultation with the government, with the goal of achieving climate neutrality by 2050, subject to sufficient international financial, technology and capacity building support.

Members of CAN EECCA Hazer NGO network in Armenia made a statement on COP27: “Given the agenda of COP-27, especially on the financing of actions to implement the Paris Agreement, we consider it necessary to focus on this agenda item. This is dictated by the following circumstances. In the above decision 1/CP.21, the paragraph on financing stipulates that from 2025 annual funding of $100 billion for mitigation and adaptation should be provided. Only 3 years remain until this date, however, there is no mechanism available for the noted communities to mobilize financial resources. The conference will feature a report from the Standing Committee on Finance, as well as “submissions from Parties and non-Party stakeholders on the objectives and elements of a new collective quantified goal, on finance”.

Russian non-governmental organizations (NGOs) emphasize that based on scientific data, including the latest reports of the Intergovernmental Panel on Climate Change (IPCC), all countries of the world have recognized that humans play a major role in modern climate change, so it is urgent to reduce greenhouse gas emissions and adapt to climate change.

“Almost all major emitting countries have stated that they intend to achieve carbon neutrality by 2050-2060. For example, Russia is oriented towards 2060. However, these claims have yet to be backed up with concrete action, and the world is on a trajectory of 3-3.5°C global warming by the end of the century, which is not in line with the goals of the Paris Agreement.

Therefore, Russian public organizations are calling for setting more ambitious targets for reducing greenhouse gas emissions for 2030-2035, while giving priority to low-carbon development measures that lead to a real reduction in greenhouse gas emissions. In the energy sector, this is primarily the use of renewable energy sources (RES) and energy efficiency. To do this, it is necessary to develop support mechanisms for the development of microgeneration based on RES and reorient subsidies from the fossil fuel sector to support green energy.”

Since the approval of the Paris Agreement in 2017, Georgia has joined 191 Parties and committed to contribute to the achievement of the goals of the Paris Agreement: among other things, to keep the increase in global average temperature well below 2 °C and make efforts to limit it to 1.5. °C compared to pre-industrial levels. By 2030, Georgia aims to increase the carbon sequestration capacity of the forestry sector by 10% compared to 2015 levels; The updated NDC of Georgia establishes a period for the implementation of the Climate Change Strategy and Action Plan between 2021 and 2030 by identifying individual mitigation measures that contribute to the achievement of sectoral goals.

More than 10 environmental NGO’s of Georgia are calling to facilitate the coordination of sectoral strategies and elimination of inconsistencies.

“In the conditions of climate change, take into account the threat of sea level rise andthetendency of fresh water resources reduction. Countries develop a new transport and other economic sectors policy documents taking into account climate changes (electrification, gradual reduction of fossil fuels, encouraging the use of hydrogen fuel); Promote the increase of the share of low and zero emission electric and suitable for theroad (both state and private) motor vehicles; Promote such development of tourism and other economic sectors, which ensures theprocesses of de-carbonization; Strengthen climate-wise agri-business and agriculture development opportunities; Promote a significant increase in the contribution of national sources of financingclimatechange mitigation measures together with international support; Consider the processes of biodiversity reduction and climate change in an integratedmanner, to plan and implement measures supporting the preservation and restorationof ecosystems (including forests); Strengthen support for measures and “nature-based methods” that ensure climate changemitigation for the purpose of biodiversity protection.”