March 29: Discussion with experts «Crimes against the environment during the war» 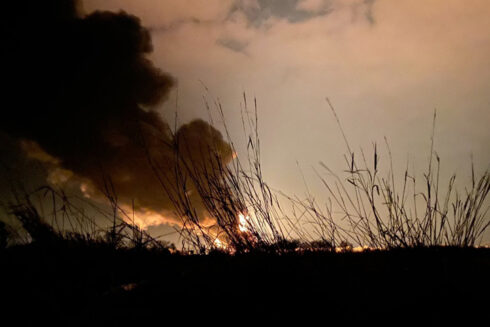 Discussion with experts «Crimes against the environment during the war»

Visit an online- discussion with experts on «Crimes against the environment during the war», which will take place on March 29 at 11:00 am in ZOOM. All participants will be able to ask their questions to the experts in the second part of the event. The event will be held on the platform of the Ukrinform.

Topics That Will Be Covered:

We invite Ukrainian and foreign journalists to join the event. Simultaneous translation into English will be provided. The working language of the discussion — Ukrainian.

REGISTER via the link

Journalists will be able to ask questions online through ZOOM.

Accreditation will last until 10:00 on March 29, to confirm you need to specify the name, surname, title of the publication, after which you will have access to the link to the event in Zoom.

The event will be broadcast on Ukrinform’s YouTube channel: www.youtube.com/user/UkrinformTV