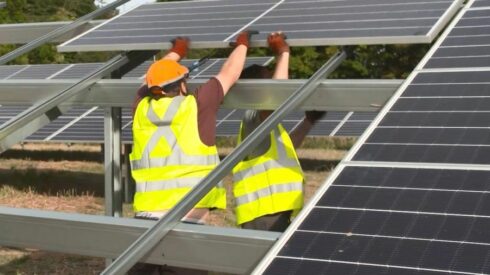 The full-scale war that Russia has started against Ukraine is exacerbating the climate and energy crisis in the world: Russia is blackmailing the world with restrictions on oil and gas supplies, loudly reminding of the need for the rapid energy transition. Right now, the Russians’ missile attacks are destroying the energy structure of Ukraine, leaving the population and critical infrastructure facilities without electricity. Under these circumstances, solar power plants in hospitals will ensure the sick and wounded will be able to receive care regardless of Russian attacks.

Ukrainian environmental NGO Ecoclub has launched a fundraising campaign to install solar panels in six Ukrainian hospitals operating in conditions of regular blackouts. The project is being implemented together with the Solar energy association of Ukraine  in partnership with the Global Solar Council.

“According to the information of the Ukrainian Government, as of November, about 40% of Ukrainian power plants have been destroyed as a result of missile attacks. Renewable energy facilities are also in a difficult situation as since the beginning of the full-scale invasion, 30% of solar generation capacities and around 90% of wind generation capacities have been destroyed or occupied. The country’s energy system does not fully supply hospitals with energy. Patients may be left without basic services,” says Nataliya Kholodova, Ecoclub’s project coordinator. “Right now, we have already raised funds and are working on installing one solar power plant for a hospital in Novohrad-Volynsk, but we still have many requests from communities from all over Ukraine.” 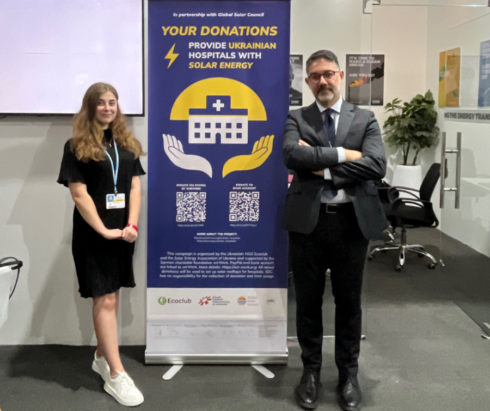 As soon as environmentalists implement the project, six more hospitals will be provided with more than 200 kW of photovoltaic installed capacity, including medical institutions in Kyiv, Zhytomyr, Kharkiv, Kherson (de-occupied part) and Sumy regions:

“From the beginning of the full-scale invasion, the hospital began to receive wounded servicemen. Due to the duration of the military conflict, the number of military patients is increasing. Still, civilian patients continue to be treated in no lower numbers than before the start of the war. Working in the conditions of fan power outages is difficult, so it is essential to have backup sources of power supply,” – says the employee of the Sumy hospital.

Environmentalists aim to collect 200,000 euros for installing solar panels for six Ukrainian medical institutions. As per Ecoclub’s project coordinator Natalia Lushnikova, you can support Ukrainian hospitals in several ways. Firstly, you can donate money to the partner organization’s account. Secondly, it is possible to provide equipment or realize a project.

“By joining this campaign, people contribute to the independent Ukrainian energy industry and help hospitals work through a difficult time,” Nataliya adds.

You can support Ukrainian hospitals by clicking on this link.