CAN EECCA position before COP26 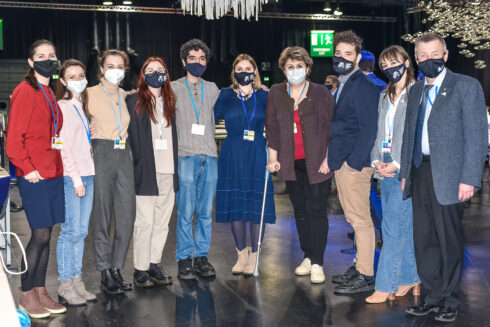 In this Position, we cover what the actions of the countries that really intending to prevent a climate crisis should be, and which mechanisms should be launched on a first-priority basis.

We call on the EECCA countries to implement ambitious national climate policies to achieve climate neutrality in 2050.

We encourage the EECCA countries to use financial mechanisms in regulating greenhouse gas emissions.

We urge the EECCA countries to implement the climate policies, being fair towards the people, and hold meaningful public consultation.

We, the Climate Action Network in the Eastern Europe, Caucasus and Central Asia region, will continue to monitor our countries’ climate policy implementation, from local to international level. The COP26 will be an excellent opportunity for building a dialogue between delegations from different countries, international organisations and general public. We kindly hope that this Position will serve as a good reference point for both the governments of the EECCA countries and our international colleagues eager to learn more about priorities in the work in our region.